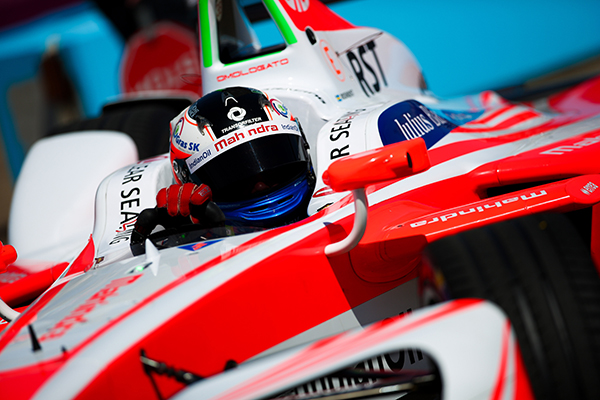 Mahindra Racing collected pole position and second place following its first ever win in Formula E yesterday.
Felix Rosenqvist won the race in the second round of the Berlin ePrix but was relegated to second with a ten second penalty due to an unsafe release into pit lane.
Hometown hero Nick Heidfeld stormed up the order from 20th to finish inside the points in tenth.
Mahindra Racing comfortably third in the Teams’ Championship with four races remaining.

Mahindra Racing topped off an outstanding weekend of FIA Formula E Championship racing with another podium today at the Berlin ePrix a day after its first ever win.

Swedish ace Felix Rosenqvist led from lights out to finish in the second German race at the Tempelhof Airport circuit, however a ten second penalty for an unsafe release into pit lane relegated the #19 racer to second place behind competitor Sébastien Buemi. The result comes just 24 hours after he scored Mahindra Racing’s maiden Formula E victory and caps off a dominant weekend for the Indian team. 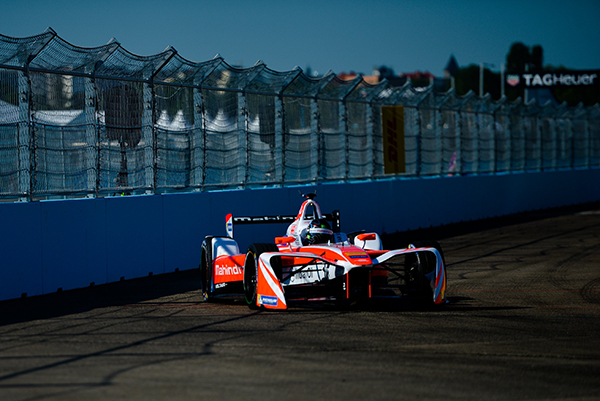 Felix Rosenqvist said, “It was a very long and tough weekend! We kept our heads together and had a near-perfect run. We had a really, really solid car. I felt really good on the track and it would have been two wins in a row if not for the penalty. It was unfortunate to have the race end like that. It’s not what you want as a racer, you want the on-track result to be representative of the final result. Performance-wise, we are on fire. I believe I can extend the gap from Nico [Prost] for third in the championship and as a team we are closing in on second. We are the ones to watch at the moment ­– it’s a bit of a game changer!”

Nick Heidfeld said, “It was a disappointing day. I had to start dead last due to a sensor problem in qualifying that meant when I went on full throttle I had no acceleration and when I was off the paddle the car was accelerating. Our strategy was to push hard in the beginning of the race. I made up many positions and we were still decent on energy usage in the first stint. During the pitstop Felix and I nearly collided and as I knew Felix was in a good position I sacrificed my pitstop to help him leave the pits as quickly as possible. I could than again overtake some more cars in the second part of the race whilst having the best pace of the field. This is bittersweet and makes it even harder to swallow a P10 result with a reward of only 1 point. 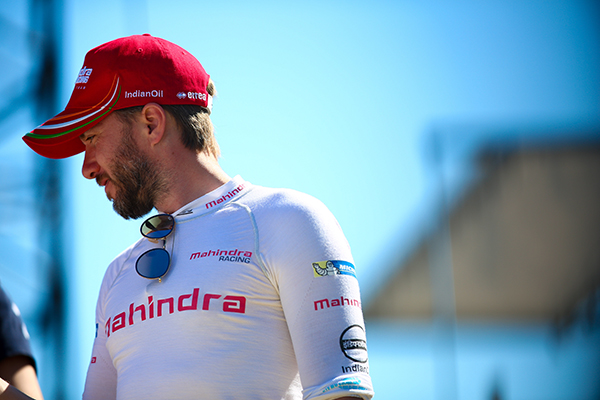 Dilbagh Gill, Team Principal, Mahindra Racing Formula E Team said, “There are so many positives from this weekend here in Berlin. It just goes to show that everything must come together for a win and while we were able to achieve that yesterday, a small mistake made the difference today. Felix did an amazing job both days, his driving was perfect and to put our dominant M3Electro on pole after winning less than 24 hours before was magnificent to watch. I will always be in awe of Nick as well. His progress through the field from 20th to the points was a master class in wheel-to-wheel racing. Now, as a team we will look forward to preparing for the final races of the season!” 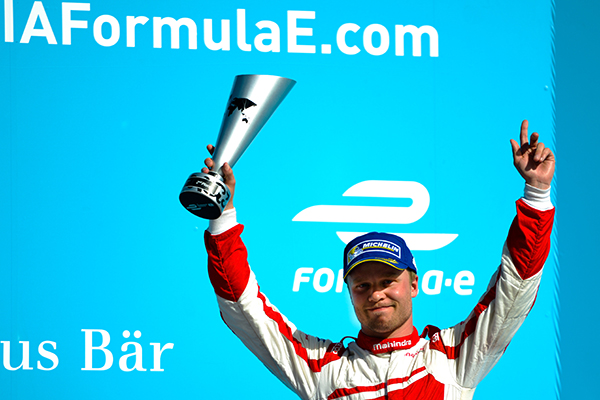 Mahindra Racing heads Stateside
Next month the final four races will take place in North America, with two spectacular double-header events in New York and Montreal. Each venue is completely new to the FIA Formula E Championship, so simulator preparation will prove crucial for the teams. Mahindra Racing will be aiming for more podium success as well as chasing its second win of the season.